Auditory Processing is “what the brain does with what the ear hears.” 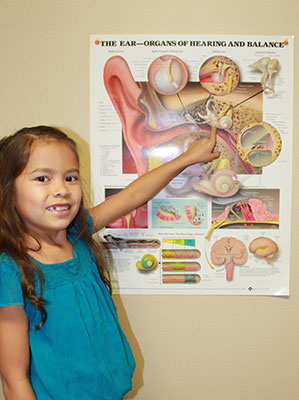 Auditory Processing Disorder (APD), also commonly referred to as Central Auditory Processing Disorder (CAPD), is the inability to attend to, discriminate among or between, recognize, or understand auditory information. APD is a sensory processing deficit that commonly impacts listening, spoken language, comprehension, and learning. APD is associated with some sort of dysfunction within the central auditory nervous system.

Two to three percent of the population of children are believed to have Auditory Processing Deficit with twice as many boys as girls being affected. Most children with APD have normal intelligence and normal hearing sensitivity, however they appear hearing impaired.

Children with APD exhibit several of these symptoms:

The ASHA (American Speech-Language-Hearing Association) defined Auditory Processing Disorder (APD) in 1996 as a disorder with problems in one of the following six areas:

APD, also referred to as central auditory processing disorder (CAPD), is diagnosed by an audiologist who has received specialized training in the evaluation of central auditory function. My goals for each individual are accomplished by an accurate diagnosis coupled with a treatment/therapy regime targeted to remediate the identified auditory processing deficits. A battery of normed tests is essential to assess the six areas of potential processing deficits, yielding a profile that outlines auditory strengths and weaknesses. 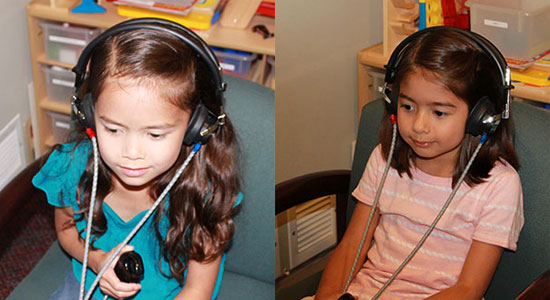 There are AP screening tests; however, auditory processing disorders cannot be identified from a screening test. The purpose of a screening is to determine if the child demonstrates age appropriate skills by passing the screening or whether results indicate the need for a diagnostic AP evaluation.

There are several commonly utilized screening tests which may be useful in suggesting the need for APD evaluation, but should be viewed cautiously as these tests do not address all four areas that encompass APD.

Northwest Auditory Processing Clinic designs individualized treatment plans to address the specific areas of deficit identified in the APD evaluation. The successful management in the educational setting focuses on remediating the disorder, changing the environment, and improving the client’s listening and learning skills. Input to IEP goals and objectives, classroom accommodations, including strategies for the teacher, use of assistive devices and FM systems, are offered.

“APD does not describe a single deficit but encompasses a variety of functions. It is important to point out that individuals with APD may have normal hearing, but they are unable to successfully process auditory information.”